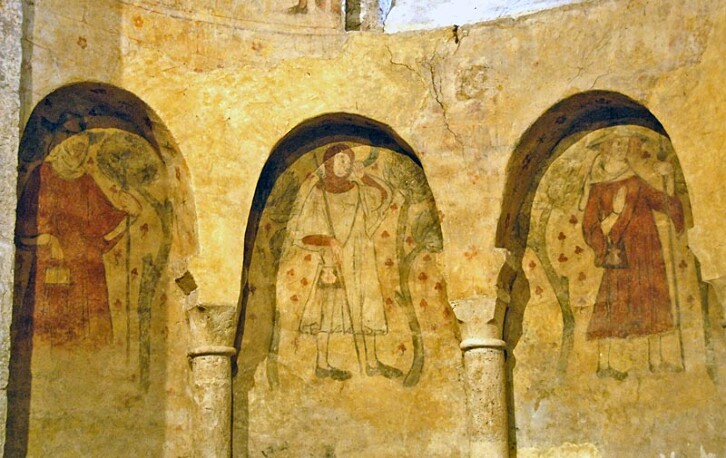 An eleventh-century apse in the priory of Villeneuve d'Aveyron in France. (For more information see Paradox Place).

The wall paintings (dating from the fourteenth century) depict scenes of pilgrims, a reminder of the importance of religious buildings as places of pilgrimage in medieval times -- a role which Durham shared.