The Cathedral’s towers were especially important in Durham, where the building stands surrounded by rising land, and would otherwise be hidden from view.

This would be all the more significant given Durham’s role as a place of pilgrimage, to which people would come having travelled from afar. In the last stages of their journey, they would have felt reassured by the famous building slowly getting clearer in the distance.

The towers would originally have been much higher – thanks to the fact that they were topped by spires. These were removed in 1658 but historic representations of the building give us a sense of what they were like. 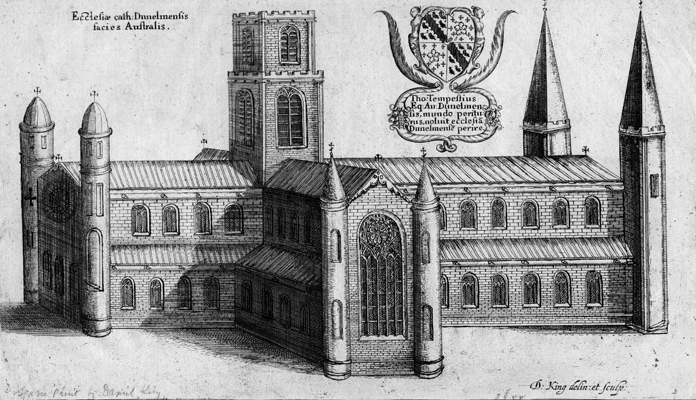 The Cathedral’s original western towers were small, and were later incorporated into the larger, current structures when these were built around 1200.

It is likely that monumental towers had always been planned, and the more modest early towers had been designed as an interim solution.

The Central Tower – The Price of Being Bigger

The Cathedral’s central tower has had an eventful history. Like the western towers, it probably started off as a small structure, to be enlarged and heightened once the main body of the Cathedral had been completed.

The first enlargement took place in the late 13th century, but the tower was struck by lightning and needed to be repaired in 1429.

Songs from the Tower: A Moving Tradition

Medieval sources mention that in 1346 the monks of Durham watched the Battle of Neville’s Cross from the top of the central tower, and started to sing with joy when they saw that the Scots had been defeated.

For many years after that, on October 17th, the anniversary of the battle, a group of monks would climb up the tower and sing three anthems, one to the north, one to the south and one to the east. (The west, being the direction of the battle, was not sung to).

With time, the tradition of singing from the top of the tower was moved to May 29th, Oak Apple Day, commemorating the restoration of the monarchy in 1660.

Today, it has moved again, to Ascension Day, commemorating the resurrection of Christ. 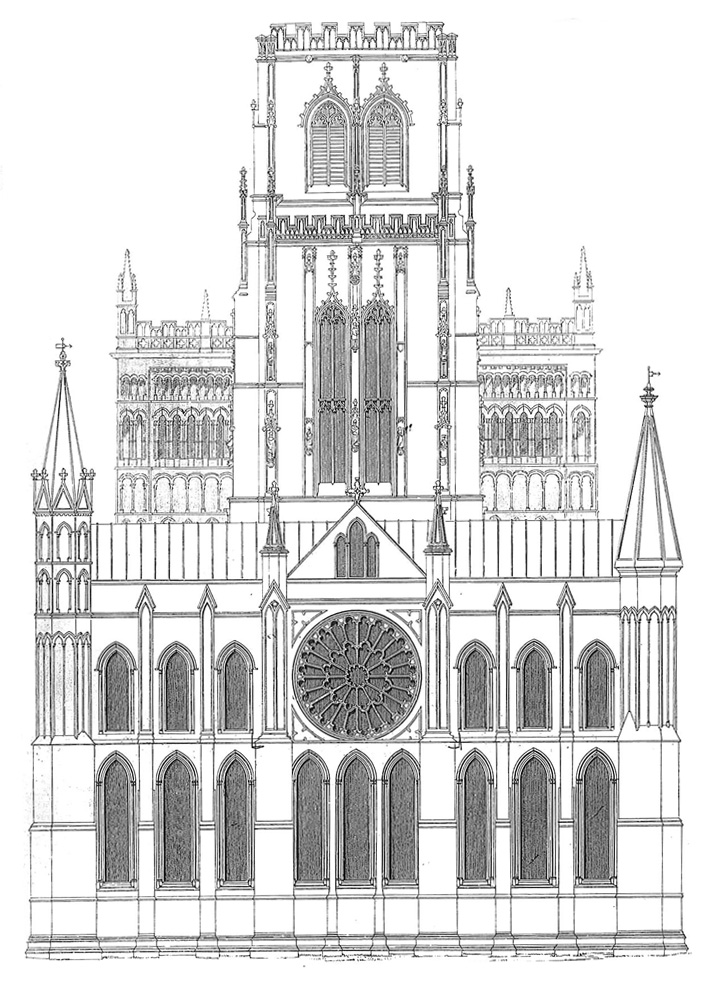 The details of the central tower are very much in the gothic tradition, although the tower's squareness makes it fit in well with the two much older towers to its west.

You are in: Home » Learn » Architecture » Durham Cathedral » Areas of Interest » Towers