The church of Mary le Bow as seen from the Bailey.

Because Durham was originally a monastic Cathedral, the city itself was divided up into parishes, with parish churches serving the residents of the city.

St Mary-le-Bow was one.

Most of the current church building dates from the 1670s, and was built to replace an older church located on the site, which collapsed, along with a city gateway that stood adjacent to it, in 1637.

The tower is slightly later, dating from 1702.

Because the current Church is a reconstruction of an older building, it combines elements of different dates. The roof, for example, dates from the 15th century. The wooden screen before the altar dates from 1707, while the wooden panelling dates between 1731 and 1742. There are two baptismal fonts, one dating from the 18th and the other from the 19th century.

It is common for community buildings, such as churches, to go through periodic refurbishment campaigns, and receive gifts from time to time. This church is no exception. 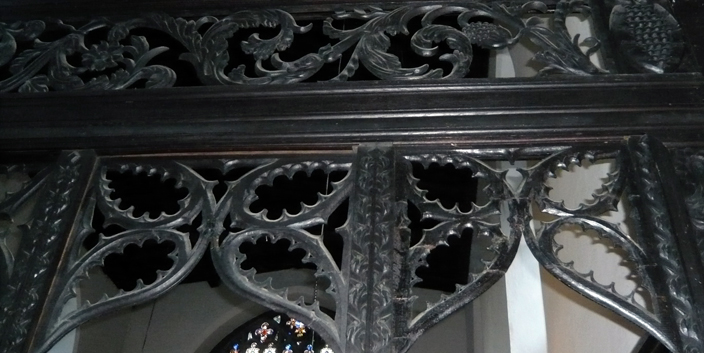 The early eighteenth-century screen in St Mary le Bow resembles some of the seventeenth-century woodwork inside Durham Cathedral and Castle. 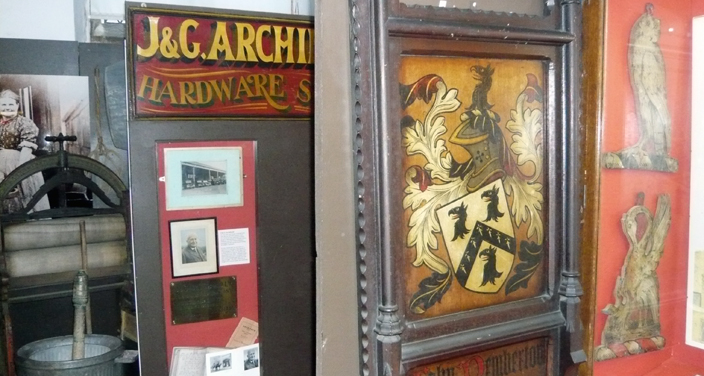 The Durham Heritage Centre and Museum, a fascinating place to lose oneself and discover the history of Durham and its people.

The Durham Heritage Centre was established in the disused Church of St Mary-le-Bow in 1972. It tells the story of the city, and is an excellent place to learn about the social, cultural and economic life of Durham, especially between the 18th and early 20th centuries.

Over the years, it has also acquired a very varied range of objects, many of which relate to the trades for which Durham was renowned: carpet and organ-making for example.

The centre also holds periodic exhibits, many of which are on little-known aspects of Durham's history. It is run by volunteers, many of whom are experts on Durham, and very willing to share their knowledge.

For more information, visit the http://durhammuseum.co.uk/ 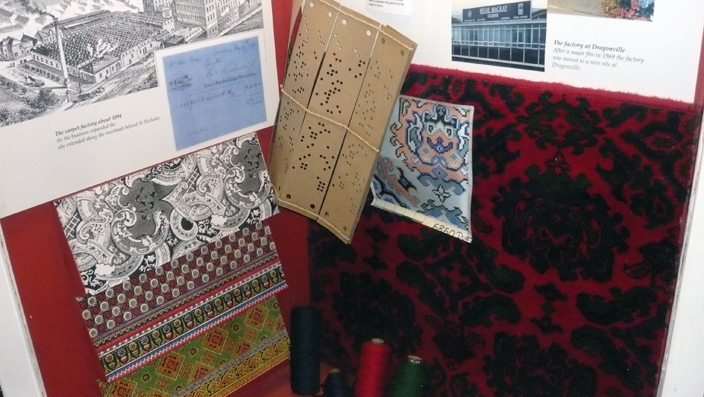 Carpet-making was one of the industries for which Durham was renowned. It has long-since disappeared, but the Durham Heritage Centre holds material giving an overview about the history of this and other industries.