The oldest sections of Alington House date back to the 17th century, but the building also incorporates sections of the medieval castle walls.

Alington house is the base of the Alington Association, set up in the 1930s to provide facilities for young women, during a period of high unemployment. It moved to its current location in 1947. The association's mandate has expanded and today, it provides the space for a wide range of community activities. To find out more about Alington House, please visit the Alington House website.

The Home of an Architect

Alington House was the home of a prominent architect, Ignatius Bonomi, who lived between 1787-1870. Ignatius was the son of an Italian architect, Giuseppe Bonomi, from Florence. Bonomi Senior came to England in 1767 to work for an even more renowned architect, Robert Adam.

The younger Bonomi built one of the first railway bridges in the UK, the Skerne Bridge near Darlington. The bridge featured on English Five Pound notes issued between 1990 and 2003. Bonomi also designed some landmark buildings in Durham, including Durham Crown Court (1814-1821), and was commissioned to do work on both Durham Cathedral and Castle between 1827 and 1834.

In 1831, Ignatius took on a 14 year old apprentice, John Loughborough Pearson, who was to become one of the most important architects of Victorian churches, and an architect to many of England's great cathedrals. His most famous work is probably Truro Cathedral in Cornwall, on which work started in 1880. 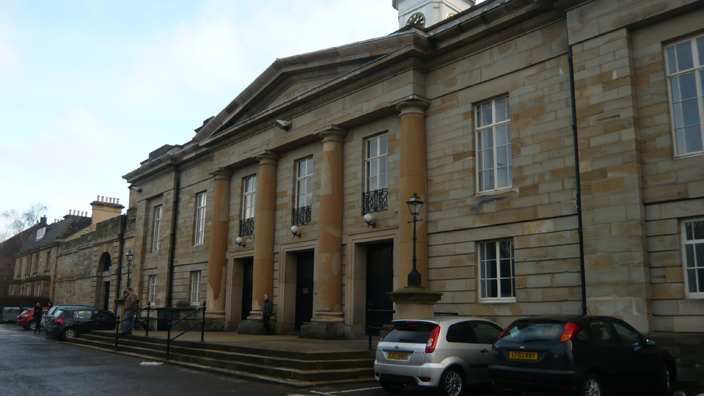 The Durham Crown Court, built in between 1814 and 1821 by Ignatius Bonomi, is remarkable not only for its elegant proportions but also for the colour of its stone, reminiscent of the stone of Durham Cathedral and Castle.

The Skerne Bridge designed by Ignatius Bonomi. (Left side of the banknote).

© By Permission of the Bank of England

You are in: Home » Learn » Architecture » The Bailey » North Bailey » Alington House