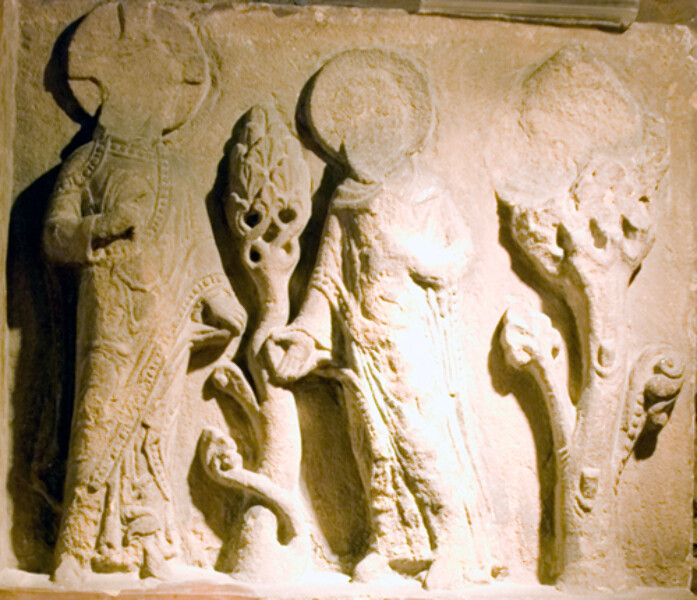 Fragment from the Rood Screen of Durham Cathedral, dating from around 1150. It shows the type of figural carving that would have once been found inside the Cathedral (but which was removed and often destroyed in the 16th century after the English Reformation).