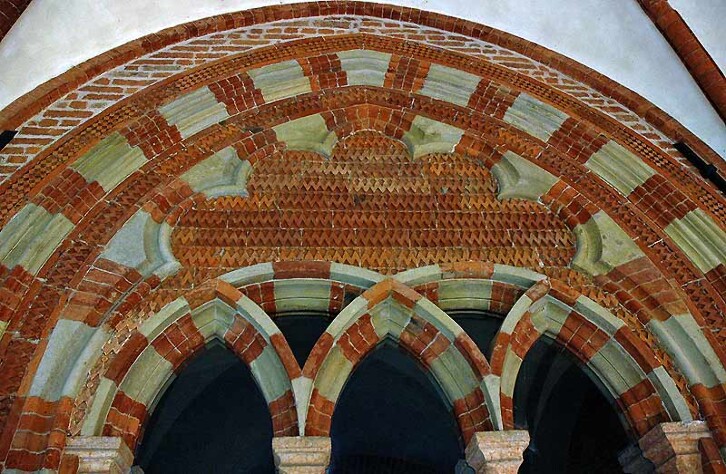 Detail from the cloister of the abbey of Chiaravalle della Colomba, Fidenza, Italy, circa 1135. (For more information about the building see Paradox Place).

These intersecting arches are similar to those in the nave of Durham Cathedral, (see next image) and are likely to have been influenced by the architecture of Muslim Spain.