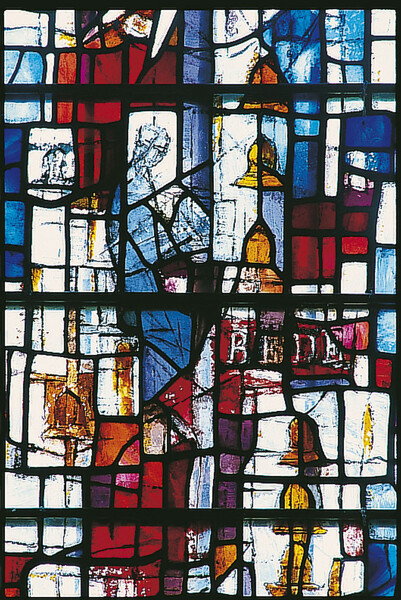 Installed in the Galilee Chapel in 1973, this window was commissioned to commemorate the 1300th anniversary of the Venerable Bede's birth (672/673 AD). It stands just metres away from the final resting place of the great historian.

Detail of Stained Glass in the Galilee Chapel