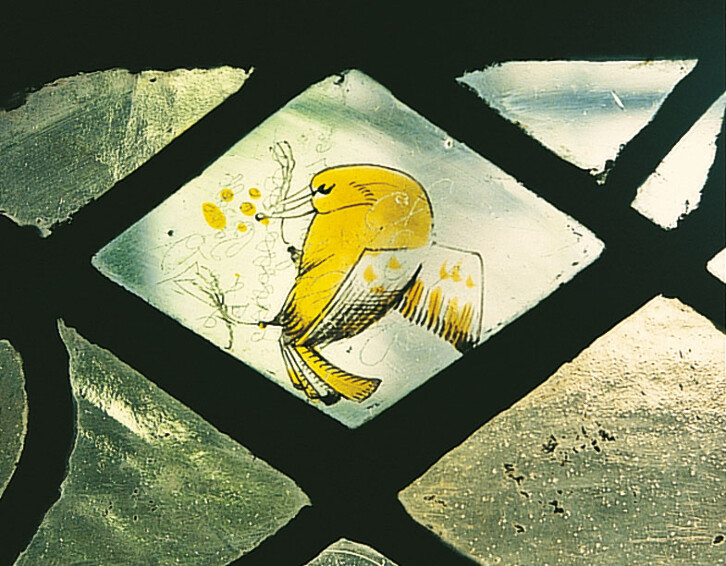 Some fragments of medieval stained glass still exist in Durham Cathedral and have been incorporated into later windows. This is one such example.

Detail of Stained Glass in the Chapter House