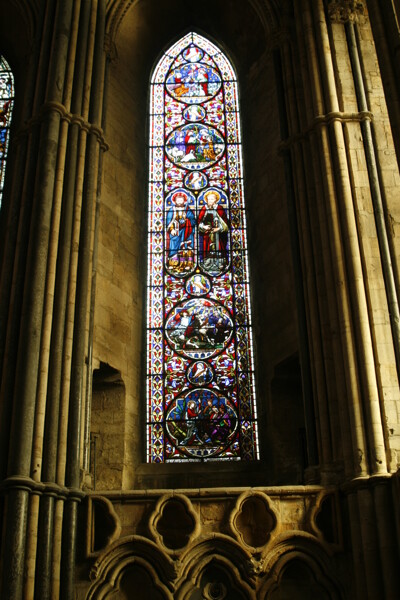 Inaugurated in 1865, this window is the work of Clayton and Bell of Bristol. It is located in the 13th century chapel of the nine altars, designed, as per the gothic tradition, as an expanse of coloured glass, depicting religious scenes.