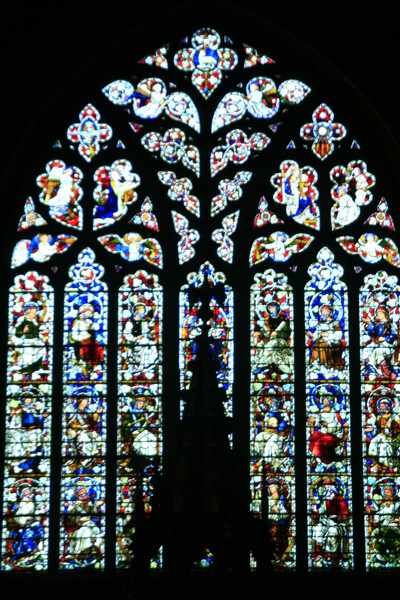 Inaugurated in 1867, the Jesse Window tells the story of Jesse, David's father. It replaces a fourteenth-century window depicting the same theme.

The window's large size and elaborate tracery (stone framework) was one of the hallmark's of gothic architecture. The technology to construct windows of this type did not exist when the Cathedral was first built in the 11th and 12th centuries. The insertion of large windows, such as this one, added a tremendous amount of light into what would have been a much darker building.