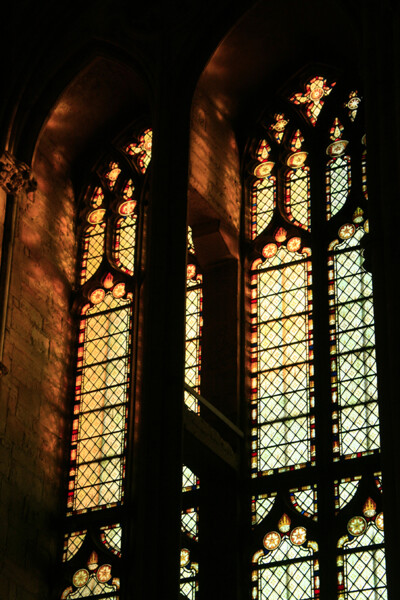 The stained glass windows in Durham Cathedral are a medley of styles, depending on when they were created, and, in most cases, redesigned to replace destroyed originals. Plainer windows such as these are responsible for the infiltration of the most light into the building.