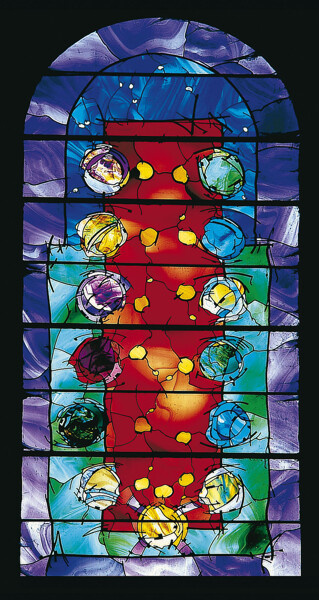 This window, dedicated on May 2nd 1984, depicts an abstract representation of the Last Supper. It was gifted by the staff of the Durham branch of Marks and Spencer, commemorating the company's centenary. It is an example of the strong links between the Durham community and its Cathedral.

The window was designed by Mark Angus of Combe Down, Bath.