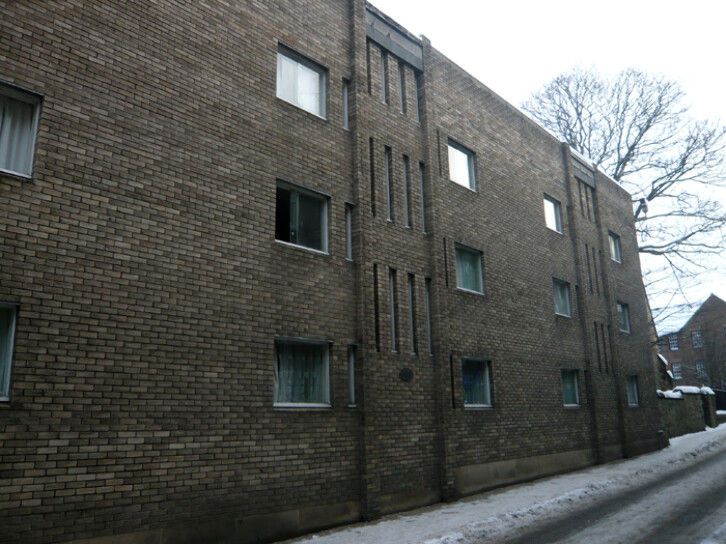 This building, known as the Jevons Building, was constructed in 1967 to offer more student accommodation for Hatfield College. It received a Civic Trust Award in 1969, with the jury stating that "By replacing an inferior Georgian House... the environment of the North Bailey and the College has been improved". It would have been cutting-edge then, and a source of pride to the College. It is unlikely to be preferred to a Georgian house today, though.

The building was designed by the Manchester firm of Bernard Taylor and Partners, and cost 154,000 pounds.