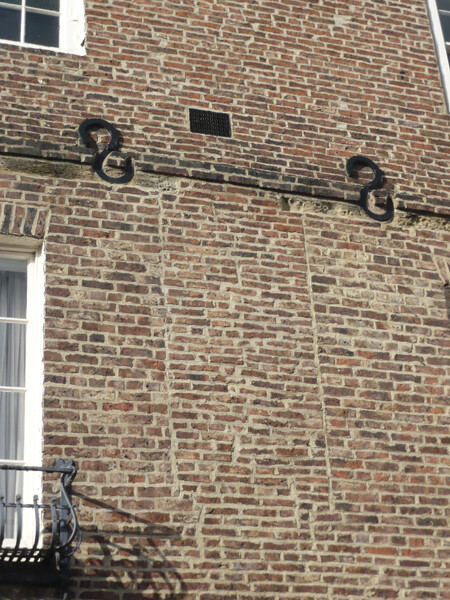 This blocked window on North Bailey indicates a change of use. Many of the buildings on this street started life as residential structures, but now house Durham University Departments.

The iron s-shapes on the facade are structural braces, added to the building at some point to control movement or subsidence of the walls.