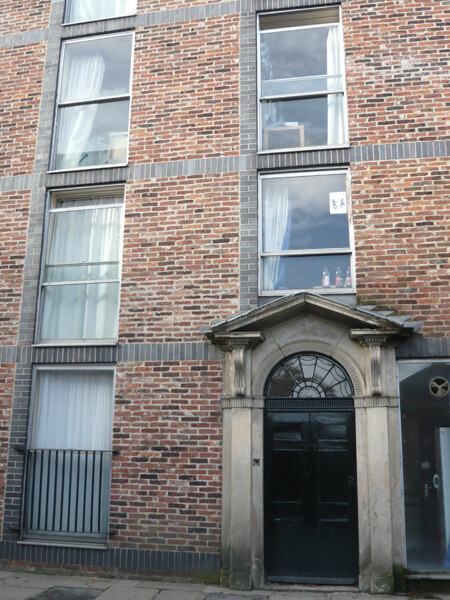 One of the two reused stone doorways incorporated into the 1970 Bailey House. It is likely that these come from an older building that was located on the site. The doorways probably date from around 1700.