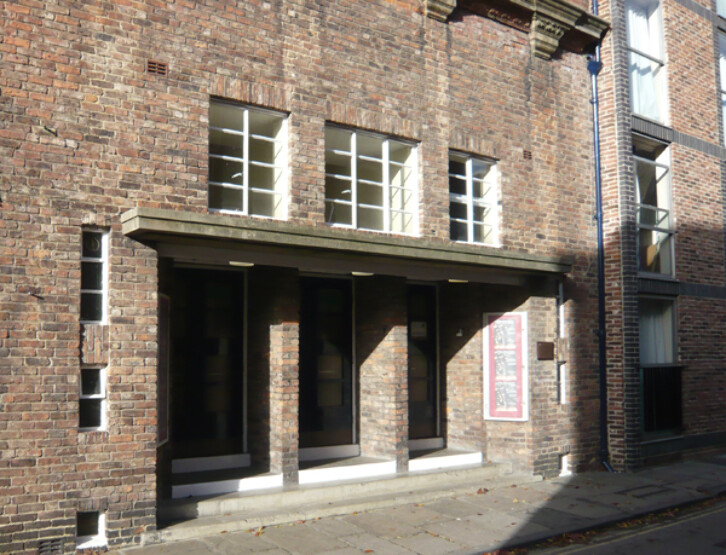 Art Deco architecture used 'modern' materials such as reinforced concrete, and simple lines and planes to create a bold architectural expression - almost the opposite to that of the Victorians who loved floral patterns, colours, and fussy detail. This entrance is a 1930s reworking of a Victorian facade, which must have then seemed old fashioned.

The steel-framed windows - originally produced by an Essex firm called Crittall, were cutting edge at the time. We now take them from granted, but they were a radical departure from traditional wooden windows, and marked an age that valued the 'machine-made' look. Their popularity was such that steel windows came to be called 'Crittall windows' all around the world.