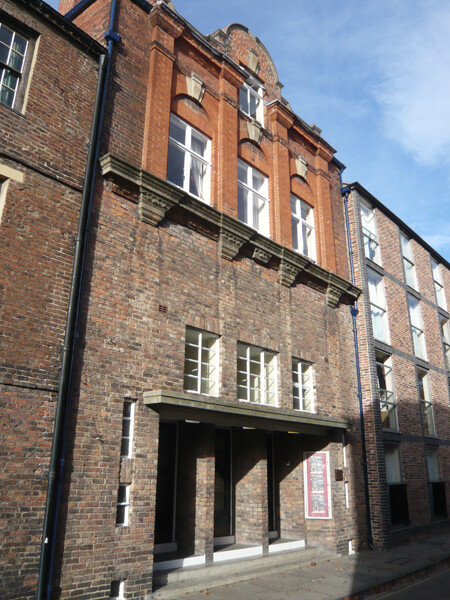 The Assembly Rooms, now Durham University's Assembly Rooms Theatre, is an 18th-century building, modernised in the 19th century, and again in the 1930s. Much of remodelling seems to have concentrated on the exterior, which now combines a Victorian facade with an entrance that is typical of the 1930s Art Deco style. Originally, the building hosted community events, such as dances.